The crested gecko has a vulnerable status in the wild and it is considered for protected status by the Convention on the International Trade in Endangered Species of Wild Flora and Fauna (CITES).

In this article, you’ll learn about the discovery and rediscovery of the crested gecko. I’ll also get into the low population of crested geckos in the wild.

The crested gecko wasn’t discovered until 1866. The crested gecko – also called crestie – lives in a remote world region, especially in those years. However, the French zoologist Antoine Guichenot was a real explorer and stumbled upon the crested gecko on one of his voyages.

Since its rediscovery, many biologists exported crested geckos to Europe and the United States and created breeding lines from these wild crested geckos. As a result, these geckos are the “Adam” and “Eve” of most of the crested geckos that live in captivity.

Vulnerable Status in the Wild

Although crested geckos are widely available today, the crested gecko doesn’t fare that well in captivity. The crested gecko has a vulnerable status in the wild. It’s also considered for protected status by the Convention on International Trade in Endangered Species of Wild Flora and Fauna (CITES).

What are the main threats for wild crested geckos?

The main threats to the crested gecko in the wild are:

Wild crested geckos are found in a small region less than 500 km². Sadly this habitat is reduced by human intervention. Although habitat loss is not only a problem for crested geckos, it is one of the most critical threats to crested geckos.

Wildfires, logging, and clearing forests for agriculture make it difficult for the crested gecko to survive. The introduction of deer and pigs have also led to habitat loss for these geckos.

Predation by rodents and pets

Other threats to wild crested geckos are the rats and (pet) cats that live where humans do. These prey upon the hatchlings and adult geckos. Since the defensive capabilities of the crested gecko are quite limited, this is a real problem.

Introduction of the fire ant

They’re an invading ant species that prey on native insects like anthropods. This is bad news since the crested gecko diet in the wild consists of fruits and insects.

The fire ants also attack crested geckos, both hatchlings and adult ones. The ants swarm upon the geckos and have a nasty sting that can lead to blindness.

The export of wild crested geckos in their natural habitat is prohibited because of their vulnerable status. Still, there is a risk of the collection and trafficking of these wild geckos at certain locations. This is also a threat to the crestie but has a far less devastating influence on the population size than the main threats mentioned above.

Will the Crested Gecko Go Extinct?

The crested gecko won’t get extinct but it’s important to protect them in the wild. Because of their low maintenance needs and easy care, there are a lot of cresties in the world. Most of them are in captivity and since they’re a popular pet there will be a lot of cresties for a long time. So no, they won’t go extinct – at least not in captivity.

How many crested geckos still live in the wild?

There isn’t a lot of quantitative data on the population size of the crested gecko in the wild. But what is sure, is that the population is decreasing.

Where do crested geckos live? Crested geckos are nocturnal and need their vision to hunt and explore their territory. But how well do they see in the dark? 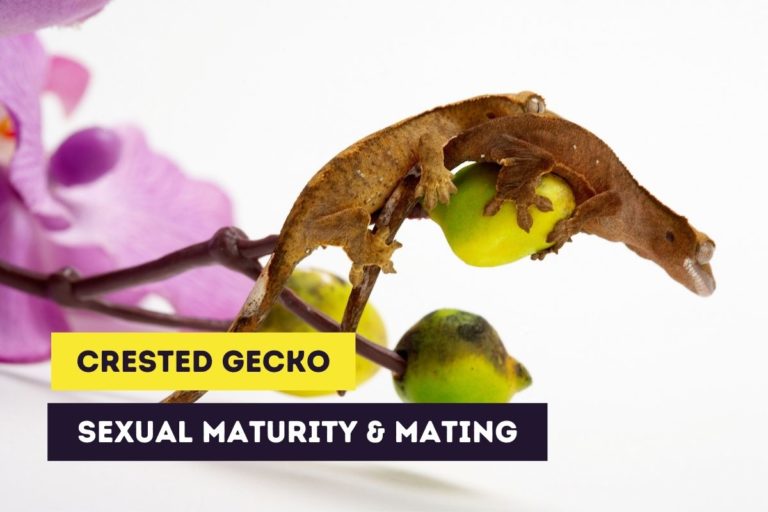 When you have a pair of crested geckos, you might want to get hatchlings. This requires you to know more about the mating process. Crested geckos love to eat fruit but some fruit can also be dangerous for them. So, can crested geckos eat apples or should they be avoided? Crested geckos are usually kept in large tanks (30-gallon). But bigger tanks do exist. Are such big tanks too big for crested geckos?